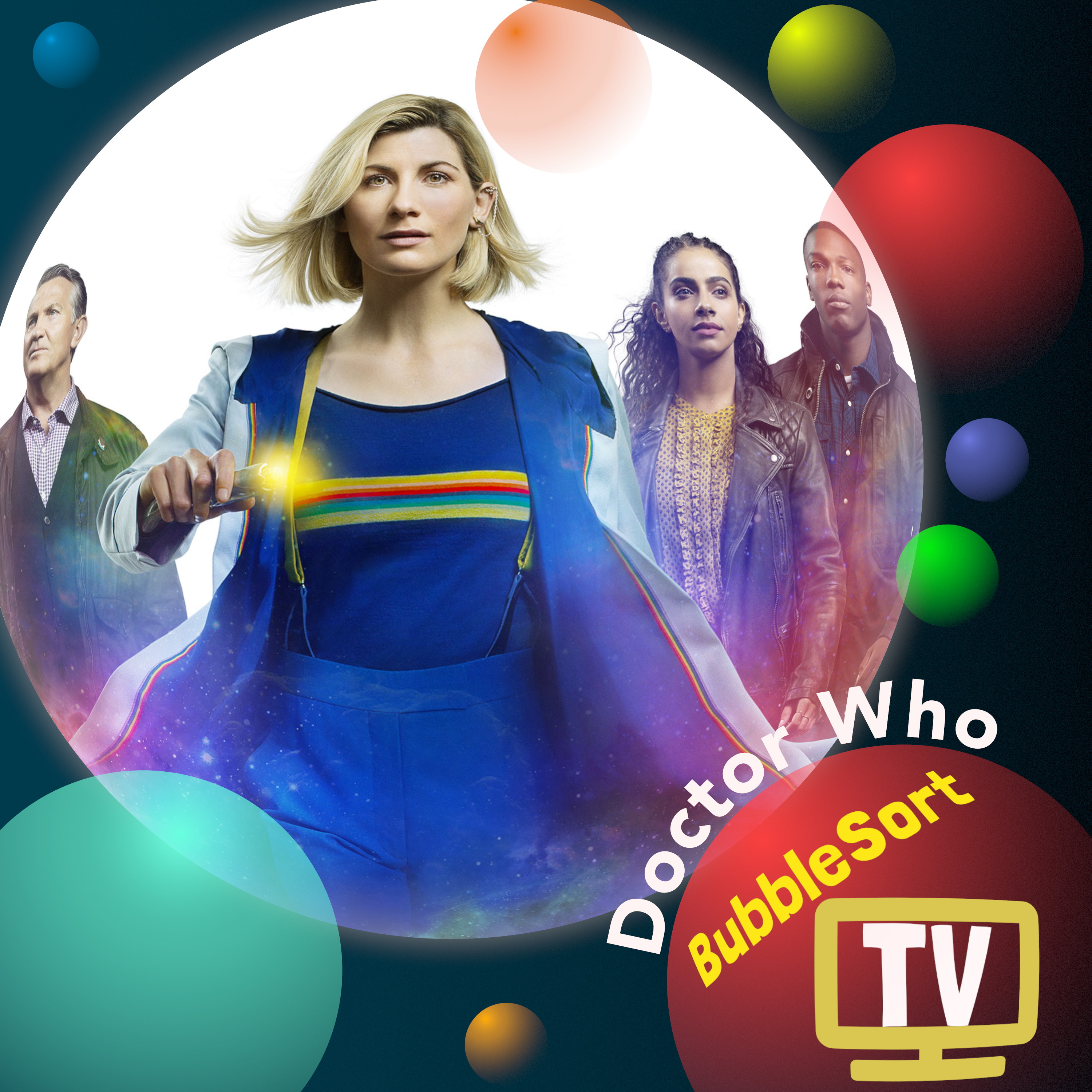 The usual BubbleSorters and a panel of internet friends discussing the TV Show, Doctor Who.

A hangry Pting is menacing Team Tardis and an assortment of other patients while on the way to Resus One. Listen in as John Chidgey and Vic discuss Doctor Who Series 11 episode 05: The Tsuranga Conundrum.

We have a Trump who isn’t a Donald, some quality family time and spiders wreaking a little havoc in Sheffield. Listen in as Clay, Scott and Vic discuss Doctor Who Series 11 episode 4: Arachnids In The UK.

Riding the bus in 1955 Montgomery, Alabama was far from good times for many people including The Doctor and the rest of Team TARDIS. Despite nefariousness from a distant future convict, they were able to preserve the timeline with costs to the emotional comfort level and dignity of the team and the audience alike. With Kelly out sick, Scott stepped in to help Clay & Vic by lending additional thoughts and perspective on the monumental Doctor Who Series 11 Episode 3: Rosa.

It was a classic example of a new doctor second story. The new companions are whisked away to a far away space based location and a strange world as the setting where everything there wants to kill them, the team is temporarily separated, we have some good guest characters and we finally get to see the 13th Doctor’s Tardis. Listen in as Vic and Clay give the rundown on Doctor Who S11E02: The Ghost Monument.

We finally have brand new Doctor Who! Jodie Whittaker takes the lead as the 13th Doctor with a brand new group of companions and a brand new production team at the helm. Join Clay, Kelly and Vic as they discuss the Doctor Who Series 11 opener, The Woman Who Fell To Earth.