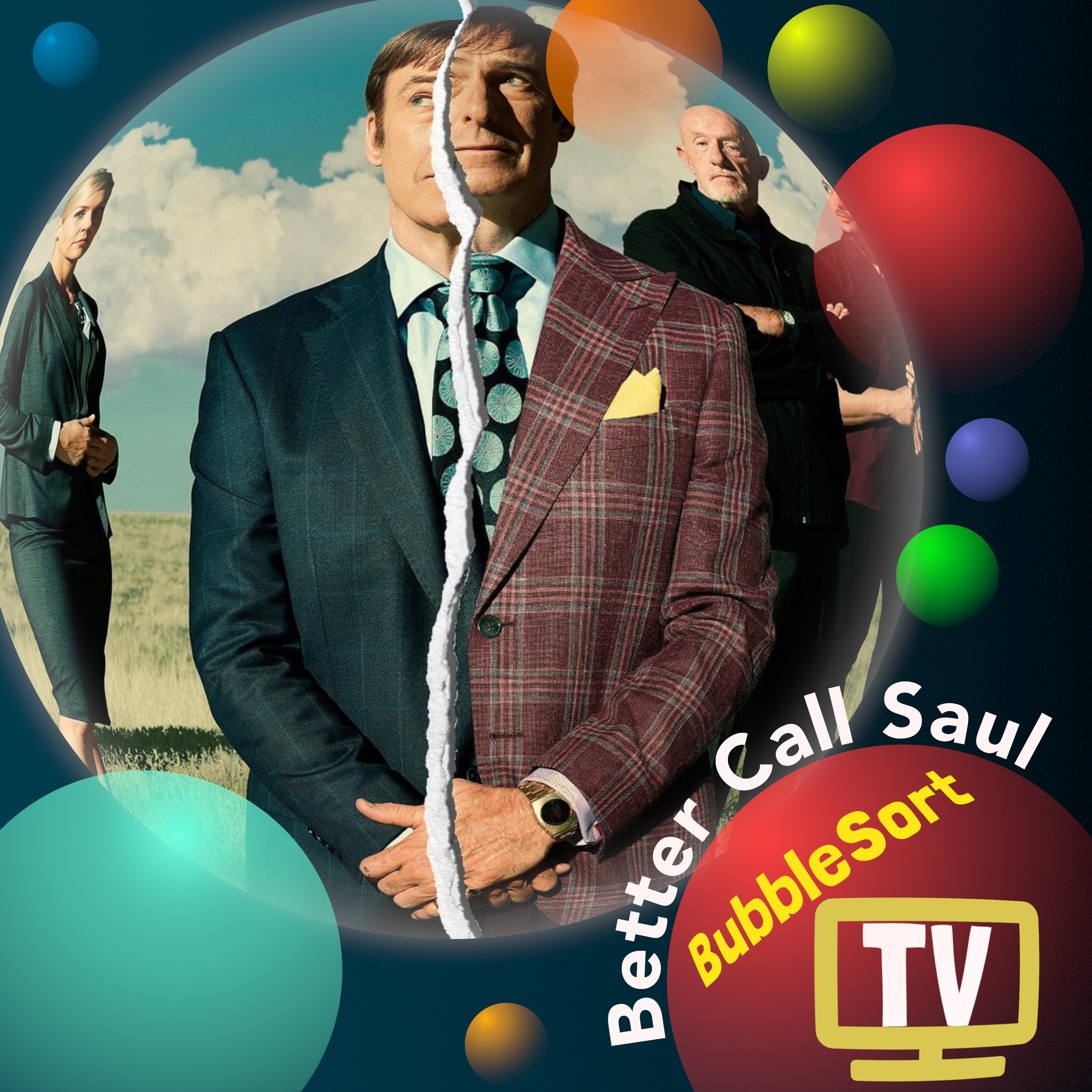 The usual BubbleSorters and a panel of internet friends discussing the TV Show, Better Call Saul.

This is the end, my friend. Better Call Saul Season 5 is at a close, and Vic and Scott have thoughts and feels.

Jimmy decides he’d rather finally accept a job instead of therapy while Kim is spending some time in court. Nacho & the Cousins mediate a Cartel Corporate Turf dispute before Nacho attends a boring Cartel Corporate meeting and also finds out the Medical Plan is still deficient. Mike finally speaks out in his support group and Vic & Scott are back to break it all down discussing Better Call Saul Season 4 Episode 4: Talk.

Nacho is testing the limits of the Cartel’s Corporate Medical Insurance Plan, Kim is back to work & over her head, Jimmy’s would be Hummel Heist thief gets a lesson in appropriate marital gifting while Jimmy bails him out, Gus is looking for local supply lines via familiar faces and Vic & Scott are back to break it all down discussing Better Call Saul Season 4 Episode 3: Something Beautiful.

In the inaugural episode of BubbleSort TV, Vic and Scott introduce the new show and kick off their coverage of Better Call Saul with Episode 1 of Season 4, Smoke.